Flying From The Nest!

Or No More Pampers Now!

People will forget what you said;

People will forget what you did;

But people will never forget;

How you made them feel! – Anon

It was very emotional and touching to see so many support emails coming to me from many – even expatriates in our country – after my last Wednesday article “People should learn to live and let live!”. One of them said – I felt so great and so relieved to see an Omani of your stature putting his views on the subject – that was both kind and bold of you!

Although he sent it in as an individual (Western name) – I have the feeling that he comes from the Diplomatic world – by the things he writes on next! Which brings me to my next point that we are very lucky and blessed in Oman – because I believe if you treat people right and ethically – as human beings and in nature – they are bound to reciprocate? I always believe that there is almost good in almost everyone in some way or the other!

It is time that the Arab world now come out to fully materially and really support our Palestinian brothers and sisters who have suffered for so long – and paying heavily and a bitter price – for the holocaust crimes committed by others!

Images – Even The Young Are Changing Fast!

Eight is Enough! is an American television comedy drama series was modeled after syndicated newspaper columnist Thomas Braden – a real-life parent with eight children, who wrote a book with the same name

The show is centered around a family with eight children (from oldest to youngest: David, Mary, Joanie, Susan, Nancy, Elizabeth, Tommy, and Nicholas). The father, Tom Bradford- Actor Dick van Patten – was a newspaper columnist for the fictional Sacramento Register. His wife Joan – originally Actress Diana Hyland – took care of the children. It was very hilarious and comical in nature.

In one of the series there is jest and fun when the children tease – Hey! be careful – or dad will write about this in his next column!  And the father retorting – You know what? You just gave me an idea for my next column! On hindsight if you ask me after starting my career in Human Resources – I never dreamt that perhaps one day in my subconscious of being a Columnist too after retirement!

Anyway – this week was a wedding of a young girl who was a good friend of my twin girls! As she came to the house – I recognised her! Even though the face was now of a teenager – the baby face still remained. Easier for girls to remember than boys – because they grow next moustaches and beards!

So still missing it me – I gave her my hand in welcome! She politely and tactfully refused to shake hands with me – as the growing increasing radical trend amongst young girls nowadays – especially once they reach puberty! There are no more ‘elder brothers and uncle’s now left prevailing! 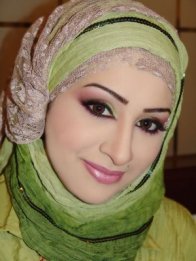 For special mention I like the Indian peoples the way they raise their children – and with due respects here – we Omanis can learn a lot from them – truthfully speaking! Because honestly – even a young Indian girl of this age will return the handshake especially when extended – and will not ‘insult you’ by declining!

So the poor girl was let in without any recourse. As she was leaving – M being M – sometimes I should shut up and not open my mouth – and remove all doubt! So as politely and tactfully as I could – I told her – You know that you are the same age of my daughters? I am not a ‘dirty uncle’ – nor has the idea of wanting to marry you as my second (third?) wife ever crossed my mind – seeing the age difference already! Madam wife did not like it ‘to embarrass the poor girl – who had come to the house to invite her friends! Then I retorted something about pampers – you get the general idea!

Like I always say in my books and in my columns – the society is changing fast – and even elders like us – even if in clean minds and in conscience – we have to learn to accept the changes thrown at us with the changing times and environment. For me it was a double blow – because when I was in HR I used to brief new comers to Oman ‘not to want to shake hands with the ladies’ thing! I have now to learn back  my own lessons – once again!

In one of the satire incidents I had witnessed – I knew this young girl Manageress – my daughters’ age too! – of one financial institution that survives ‘on credit and on interests’ – and she could shake hands with non-Omanis – but not Omanis! The excuse was the expatriates do not know!’ My philosophy and outlook still remains – you do not choose which part to practise – and which part to omit! Either you do it – or don’t!